We're re-launching! you can visit the new home for SoSa by visiting https://sosa.net 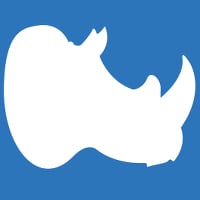 I'm a Los Angelen, born and raised. From the nonstop sunshine that I can wake up to every morning, to being in a multicultural melting pot that if filled with so many fantastic cultures, to the opportunities living in the entertainment capital of the world can provide, L.A. will always be my home, even despite its quirks and shortcomings (looking at you crazy amount of traffic) My biggest passion is music. I've been playing music for almost 12 years and composing for almost 4. One could say I'm a bit nerdy/geeky. I love technology, history and science. I'm a big fan of war history, specifically WWI and WWII. I'm definitely what you'd call a movie lover, the proof is in my poor, overworked Netflix account. You name a movie and my response is probably..."Seen it" or "It's on my list, don't worry, I'll get to it." While I'm not currently studying any science in particular, I'm always amazed at what we've been able to do over the course of human existence. From landing a man on the moon to growing limbs in petri dishes, I cannot wait to see what future generations of scientific inquiry comes up with. I could be considered old fashioned in some of my values, ideas, and habits. I mean, just ask my 1936 Silvertone Console Radio, pocket-watch, music library, and late 1940's/early 50's camera. Anyway, let's have a conversation and see if we actually like each other. I don't have an absolute list of what "You must be" or anything like that, I just want to get to know you and see what happens. So waddya say? Shall we give it a shot?

What I'm doing with my life

I'm currently working towards a Bachelor's degree in music composition. I hope to eventually earn a Master's. I don't know if I want a PhD though, though my eventual goal in life is to write the scores for films and video games like greats Hans Zimmer and John Williams. The ultimate fulfillment of that dream would be to earn an Oscar for Best Original Score. I had an internship with a Lifetime Channel t.v. movie composer which was an awesome experience, of which I hope to have many more like it. If you want to listen to some of my music, go to www.soundcloud.com/rehwaldj

Favouritest of all the things

Well, music of course! It's more than a hobby to me, its a true passion of mine. I've gone through many instruments in my lifetime, but I've stuck with piano and trumpet. I also took up composing as well and haven't stopped. I've been playing piano for 12 years, trumpet for 4, and composing for 3 . Music is one of the ways I express myself and also acts as a pick me up. If I'm sad, all I have to do is go to the piano and eventually I transfer the sadness into music. I don't remember who authored this quote, (I'm paraphrasing it) but it says, "I wouldn't be a composer, writing music if I could express what I felt inside with words." I would have been an English or science major in that case! I've also been called the human encyclopedia of useless information by my friends. Every so often I'll quip in a random bit of information that is somewhat related to the topic and mildly interesting. I have a pretty good memory, so I remember a bunch of them. Same can be said with movie quotes and references. As they say, knowledge is power and my reference game is on point. I can also touch the tip of my tongue to the tip of my nose. (Does that count?)
Favorites beside music:
Books- Clive Cussler novels. I also love war history, so I read a lot of nonfiction.Movies- Shawshank Redemption, Godfather Pt.1&2, Schindler's List, Saving Private Ryan, Star Wars IV-VI, Star Trek,, and many more. I love Kubrick, Spielberg, Lucas, (a bit of Cameron), Nolan, Scorsese, Miyazaki, and others.T.V. Shows- Breaking Bad, Walking Dead, Dexter, Big Bang Theory, Law & Order: SVU, Castle, Turn, Last Week Tonight w/ John Oliver, The Daily Show w/ John Stewart, Archer, The Tonight Show Starring Jimmy Fallon, documentaries, and some History/Discovery Channel.Music- Soundtracks, Classic Rock, Classical, Oldies, and some popFood- Lots of meat! Steak, hot dogs, hamburgers to name but a few. In terms of cultural food categories, Italian, American, some sushi, and some Chinese.Video Games: Battlefield, Halo, Call of Duty, and Borderlands, AC, GTA, Fallout, and Forza. I also play Skyrim and ESO.

johnfromaccounting doesn't think they have any secrets, but we all know about that one time right? ;)

This will update slightly - ish every 30minutes. What is this?

johnfromaccounting has no recent activity